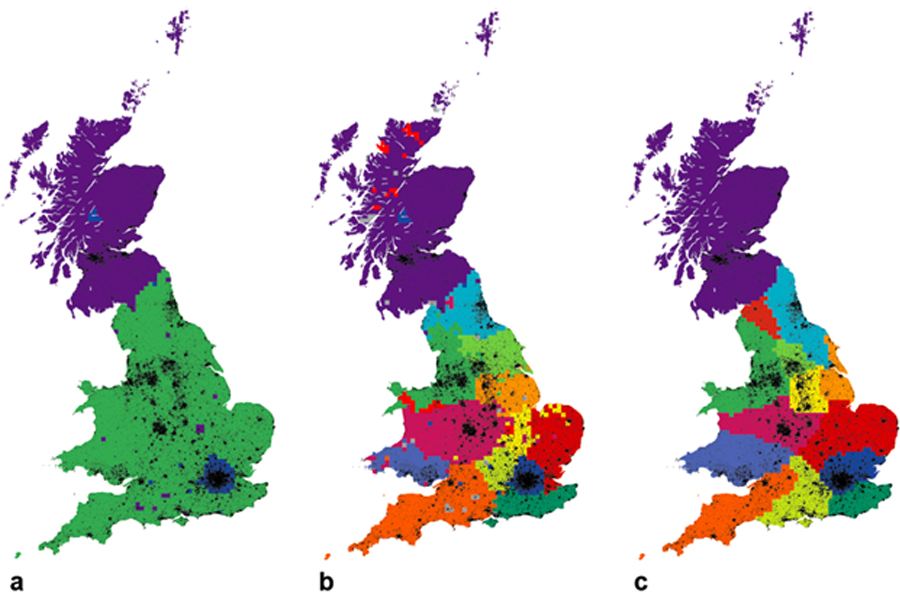 Findings: The boundaries of regional governments correspond quite well with how people communicate via phone in the UK. Scotland is the least connected to the rest of the regions of the country.

Method: Telephone data for 12 billion calls over a one month period.

Good for: Discussion of regional cohesiveness and its impacts on independence movements. Independence advocates sometimes argue that traditional government boundaries are artificial to how people actually interact. According to this, that’s not entirely true.