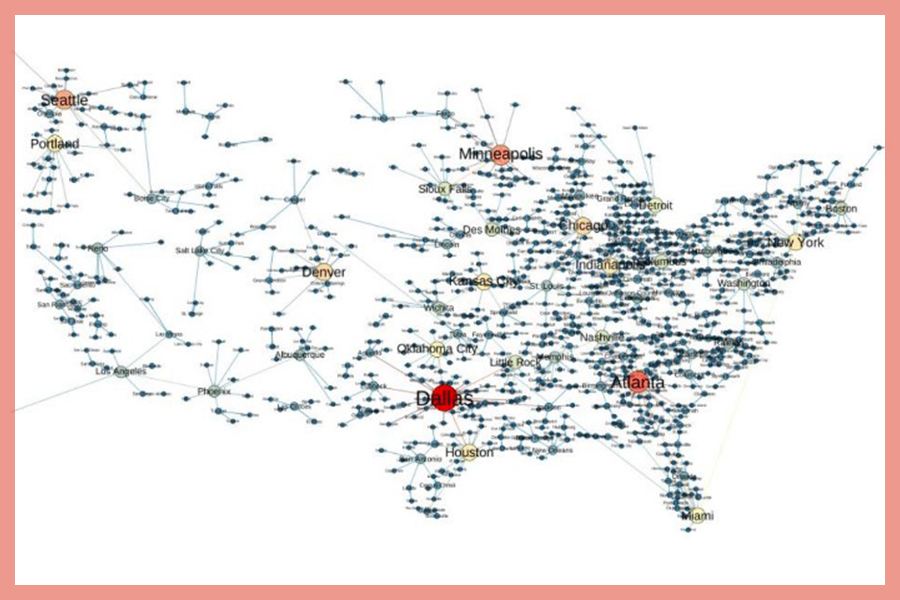 Findings: A city is a cityfriend with a city that sends the most migrants. Cities like Dallas and Atlanta have many cityfriends since they are central hubs for local migration. Wealthier people will move to certain places like Phoenix and Naples more often than places like LA and Austin.

Method: Use network schematics of migration movement dynamics to illustrate differentiation between the roles of cities in their regional systems.

Good For: If you would like to learn where people will migrate to or to predict economic gains and losses of cities based on migration flows. If you work with an American at-risk industry in a given city and want to predict labor availability.