Domestic terrorism in the United States has been on the rise and is both “persistent and evolving,” according to the White House. American domestic terrorists have committed 363 terrorist acts in the past five years alone. Some have proposed that these individuals come from areas of the U.S. that are in economic decline, or are facing socio-demographic changes that the right-wing media has placed in a negative political light. But are these trends really true? We did a GIS analysis examining the features of the cities where domestic terrorists are from.

We found that domestic terrorism hometowns were statistically different than those without terrorism. They had a higher population density, lower percentages of native-born populations, higher per capita income, lower crime index scores, and higher quality of life scores, (Market Profile 2020) and gains in levels of employment compared to the 841 cities that did not have a terrorist hometown. (All data from the Center for Strategic & International Studies and The Washington Post unless otherwise noted).

We conclude that there is no one part of the country that can not and does not produce domestic terrorists. Our analysis shows that the traditional image of the rural, poor, and under-educated areas being hot spots for radicalization and right-wing ideologies is incorrect. Instead, domestic terrorists tend to be from places with higher income, diversity, and quality of life. The implication of this finding is that the radicalization process no longer happens in a vacuum; social media and online communication has connected and empowered those that seek to commit these acts, and that the story that these individuals are ‘bred’ in a certain geographically-rooted culture is not the case.

Graphic 1: MSAs of the hometowns 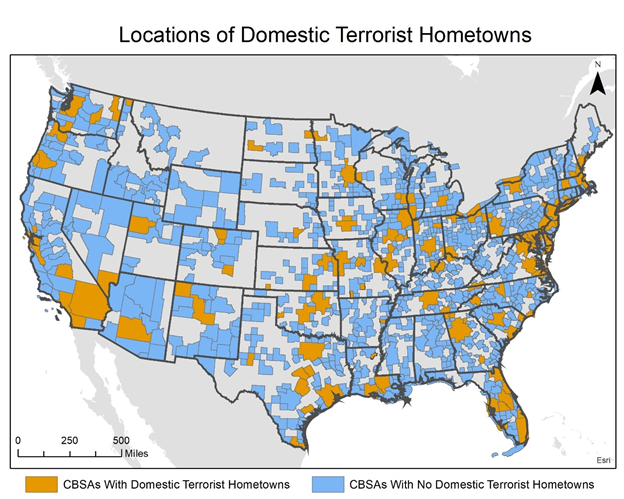 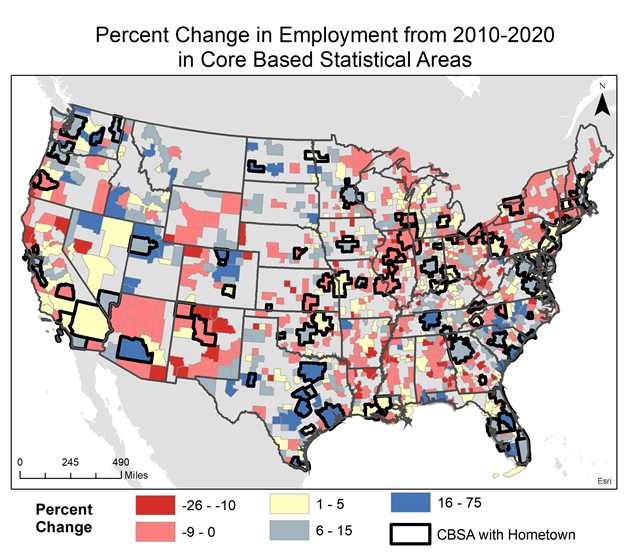